What does the Spanish government’s latest announcement mean for the yachting industry?

In order to gradually ease the restrictions of the lockdown and commence the recovery of economic activity,  on 28 April the Spanish government approved the so-called ‘plan for the transition to a new normal’, which has been drafted in accordance with advice issued by the World Health Organisation.

The plan will consist of four phases, with each phase lasting a minimum duration of two weeks, and will be carried out gradually and at differing rates across Spain, depending on the progress of COVID-19 in each region. The total duration of the plan, in principle, should not extend past 30 June when the ‘new normal’ is expected to be achieved. However, this will depend on whether or not the phases need to be temporarily extended in the event of new outbreaks.

“Although necessary, the plan is too abstract to address a diverse range of individual circumstances or the particulars of each specific industry,” explains Miguel Ángel Serra Guasch, partner at Albors Galiano Portales and legal and tax advisor of ANEN. “For this reason, ANEN submitted a request to the General Directorate of the Merchant Marine for clarification on the authorised nautical activities in the different phases of the plan.”

On 30 April, the General Directorate of the Merchant Marine published answers to the questions raised by ANEN, and some key conclusions can be drawn from the document in relation to yachting and charter activity. “Firstly, from 11 May – the estimated start of the second phase – navigation for pleasure or charter purposes can be performed as ‘active and nature tourism for limited groups of people’, but within the geographical limitation of a specific province or island,” explains Serra. It is expected that the authorities will allow the maximum 12 yacht passengers within this ‘limited groups of people’ definition.

“From 8 June – the estimated start of the fourth phase – it is expected that the geographical limitation of a specific province or island will disappear,” continues Serra. “Obviously, all health and hygiene standards must be enforced in order to minimise health risks for clients and crew. A specific protocol for the yachting industry will be published by the Spanish authorities this week and recommendations from the International Maritime Organisation should be followed.”

While the above is positive news for the industry, Serra adds that there remain some challenges. Firstly, EU borders remain closed until 15 May and internal Schengen area border controls have been temporarily reintroduced by some EU countries. This could mean some limitations for yachts entering Spain and, of course, for foreign clients.

“Within the Schengen area, Spain has only introduced temporarily land border controls, but not sea and air border controls, but reaching Spain from abroad does not only depend on Spain but on the territory of departure,” explains Serra. “In relation to external EU borders, the EU is in discussions with member states on how to proceed after 15 May, and will most likely vary depending on different countries’ control of the outbreak.”

The ports and airports in the Balearic and Canary Islands have remained closed by Ministerial Order since 17 March and this, of course, needs to be changed before any charter activity in the regions is allowed. “The closure is planned to continue until the end of the current state of alarm on 10 May,” advises Serra. “However, the government will try to extend it for an additional 15 days, in which case the two Ministry of Transport orders decreeing the closure of the regions’ ports and airports will need to be amended. Work is being advanced to cover such an eventuality.”

With regards to administrational procedures pertaining to charter activity, there may be some delays for yachts needing charter licensing. “The Spanish foreign offices issue NIE (foreign ID) numbers are closed as well as the tax offices assigning Spanish ID numbers to yacht owning companies,” warns Serra. “Also, some harbour master offices are not moving forward with clearances.” Nevertheless, Serra remains hopeful that such operations will resume shortly, and advises yachts to get documents in order to be ready as soon as it does.

Based on the above, it is clear that the Spanish government’s plan and the clarification issued by the General Directorate of the Merchant Marine were necessary to determine the de-escalation process and its practical application to the yachting industry. However, there are still issues that need to be addressed in the following days. “If the downward trend of the outbreak continues, and there are not significant second waves that may provoke delays to the successive phases of the plan, I’m still optimistic for a good yachting and charter season in Spain, although perhaps shorter than usual,” concludes Serra. 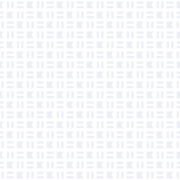 What are owners really thinking? 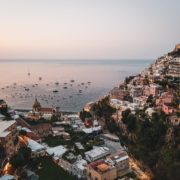 Which European Countries are Open for Superyacht Charters?